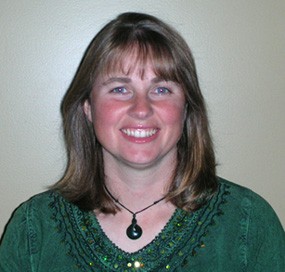 Xanthe began her professional career in 1992 as a Research Scientist working with precious metals and using the skills she learned during her Honors Degree in Applied Chemistry. A few years later she found herself doing voluntary work in Rajasthan India helping technicians in a water treatment plant at the top of the Aravalli Mountain range, they used a laboratory in the hospital there that served 30 local villages and Xanthe became fascinated by the mix of Western and Ayurvedic medicine being practiced. That was where she first watched someone receive Reflexology and purchased her first book with reflexology charts. At that time she was living in the UK and soon after returning home from India, began her journey to become a health practitioner learning Reflexology, Indian Head Massage, and Relaxation Massage.

As a newly qualified health practitioner in 2002, she moved to New Zealand where she began her CranioSacral Therapy journey. Today she lives in Christchurch and has a practice working with newborns through to the elderly, Reflexology Christchurch. Currently, both CranioSacral Therapy and Reflexology remain the major therapies in her practice, while more recently she added Visceral Manipulation and Neural Manipulation to her studies.

As well as being a passionate practitioner Xanthe is also the New Zealand satellite for the Upledger and Barral Institutes organizing their training courses and coordinating study groups. She is a CranioSacral Therapy 1 Instructor and also teaches ShareCare and 2-day Introduction to CranioSacral Therapy courses. Just for fun, Xanthe enjoys giving weekend workshops in Reflexology and Indian Head Massage, and to keep her connection with science she teaches Medical Sciences for the College of Natural Health and Homeopathy.

This will be an introduction to the skills and uses of reflexology in the CST setting. At times, it is possible and important to be able to access cranial structures through reflexology means, especially if contacting those structures themselves are contraindicated touch. Applications include autism, learning disability, and also an important way to add to the positive experience of the client in the clinical setting.

Find out how the body is reflected on the feet, where to find specific structures including; cranial sutures, occipital cranial base, spheno-basilar synchondrosis, individual cranial nerves, spinal vertebrae, sacrum and coccyx. Watch a demonstration on how some of the reflexes can be massaged to help rebalance the structures they reflect through the feet. Take away a fun and relaxing method that will add to your tool box and your clients will love.

Cost: $25 for recording only. (Included in membership plan)

The Spirit of Aloha