Migraine and Sensory Overwhelm. Insights into balancing a neurophysiological and client-centered approach 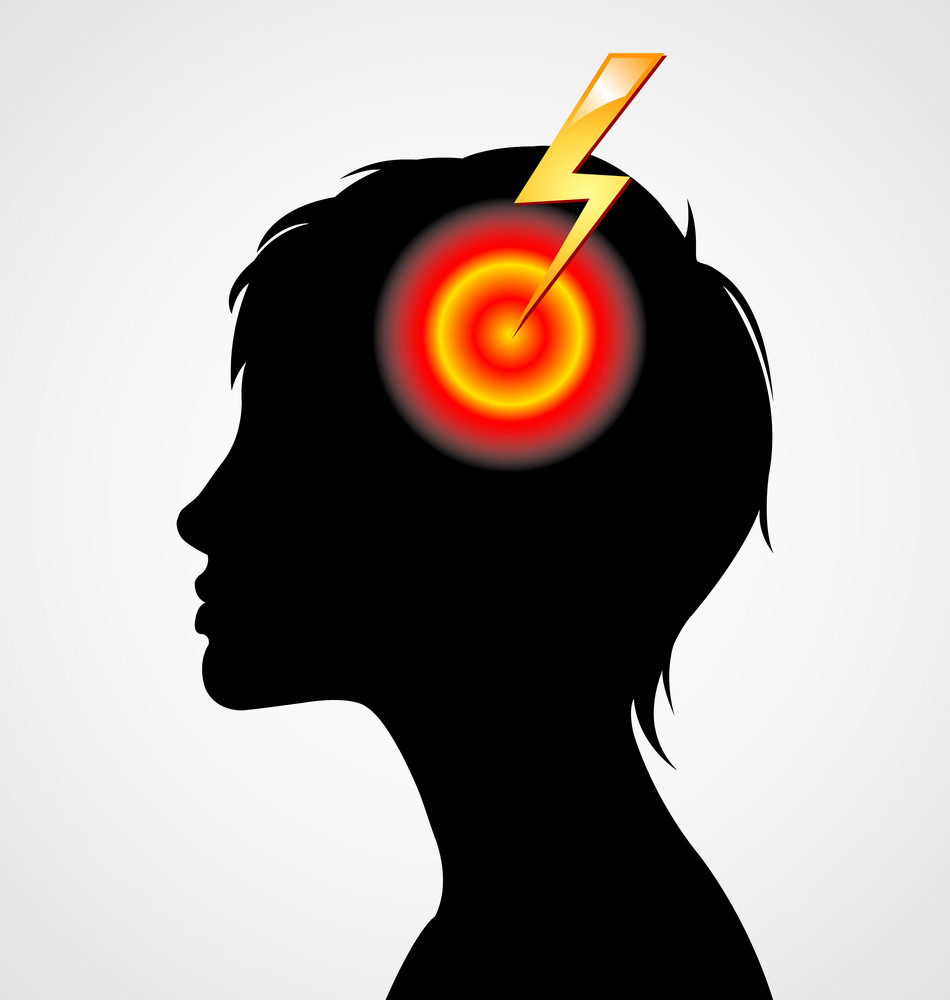 Migraine headaches are a complex and debilitating issue. It is estimated that up to three quarters of adults worldwide have had a headache in the past year and among these individuals 30% or more have reported migraine.1 The intensity of migraine pain and the frequency with which they occur can be severely distressing for the patient as well as have a huge impact on their ability to function, let alone thrive in their lives. According to the MigraineTrust.org, Migraine headache is the third most common disease in the world (behind dental caries and tension-type headaches). It is estimated that approximately 1 in 7 people suffer from migraine which makes migraine more prevalent than diabetes, epilepsy and asthma combined. Migraine is ranked globally as the seventh most disabling disease amongst all diseases and the leading cause of disability among all neurological disorders.1,2

Due to the complexity and overwhelming symptom constellation experienced by the sufferer, knowing where to start treating migraines can be just as overwhelming for the therapist. They are complex and multi-faceted in their presentation and it is often difficult to pinpoint the triggers in a linear way. This is due largely to the fact that migraines manifest as a significant issue of sensory overwhelm. The nervous system is so busy trying to modulate sensory inputs that it is difficult to know where to turn.

The central thesis of this essay is that “migraine is a form of sensory processing disturbance with wide ramifications for central nervous system function, and while pain is used as the exemplar symptom, a brain-centred explanation provides a framework to understand all the manifestations of migraine.”3

Migraine is a headache that will last between four and 72 hours and is classified by at least two of the following symptoms being present: one sided, moderate to severe pain level, throbbing and/or aggravated by movement. There must also be at least one of the following associated symptoms: nausea, vomiting, photophobia or phonophobia. A variety of other symptoms may or may not be present including osmophobia, aura, difficulty concentrating and varied neurological symptoms.4,5

There has been much research into the pathophysiology of migraine. According to the American Headache Society, migraines are a complex neurobiological disorder. Historically and through much of the 20th century, migraine has been regarded as a disorder of vascular dysregulation due to the frequent reports of pain that is throbbing in nature. The migraine aura was thought to be as a result of hypoxemia related to transient vasoconstriction and the migraine pain itself to be related to rebound vasodilation. However, migraine as a vascular disorder is not a sufficient explanation as up to 1/3 of migraine sufferers do not experience throbbing pain. 6,7

It may be that trying to describe migraines purely by their symptoms is not an adequate way to conceptualize migraines or their treatment. In recent times, important strides have been made in the understanding of the complex pathophysiology of migraine. However as with most complex things we are trying to understand, this remains a work in progress. Current thinking has moved away from vascular dysregulation as being a primary cause of migraine. It is currently thought that the vasodilation and vasoconstriction are secondary to altered neuronal regulation and altered sensory modulation within the central nervous system leading to sensory overwhelm.7 Specifically, “activation of the trigeminovascular system, cortical spreading depression, and neuronal sensitization are seen as playing important roles in migraine pathophysiology.”3 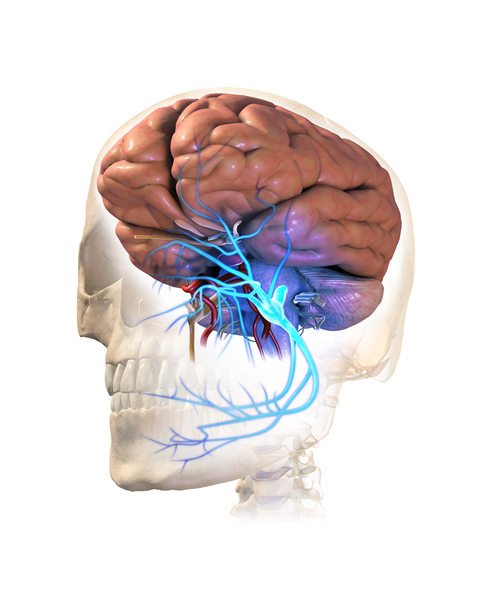 The trigeminovascular system is comprised of the branches of the trigeminal nerve (primarily the ophthalmic) and the cerebral blood vessels they innervate. The trigeminal ganglion is located in a cavity within the dura mater called Meckel’s cave near the petrous portion of the temporal bone. Sensory fibres arising from the upper cervical dorsal root ganglion along with sensory fibres from the trigeminal ganglion innervate dural-vascular structures within the cranium such as the tentorium cerebelli, dura mater and large cerebral vessels.

The trigeminal nerve nuclei are the largest of the cranial nerve nuclei and extend throughout the midbrain, brain stem and upper part of the cervical spinal cord. Pain fibres involved in the localization of pain ascend from the trigeminal nucleus caudalis to the thalamus (sensory relay centre) and then up to the sensory cortex. The specific one-sided distribution of migraine pain can be attributed to the convergence of sensory fibres from the trigeminal nucleus caudalis and upper cervical nerve roots.

Sensory modulation occurs via both ascending and descending pathways through the hypothalamus, midbrain and brainstem pathways.

The location of Meckel's Cave (Trigeminal cave) is located

Migraine aura is experienced by about 30% of migraine patients and according to Goadsby et al, “migraine aura is defined as a focal neurological disturbance manifest as visual, sensory or motor symptoms.”8 Cortical spreading depression is a self-propagating wave of depolarization that spreads slowly across the cerebral cortex. Its impact is one of depressed electrical activity and altered brain function. It is thought that the cortical spreading depression activates neurons in the trigeminal nucleus caudalis leading to inflammatory changes in the meninges, which reflexively produces the headache.

Neuronal sensitization is when nerve fibres become more easily triggered by both painful and non-painful stimuli and this is thought to play a role in migraine. This sensitization results in a lowered threshold, increased magnitude of response and attention placed more widely on a range of sensory stimuli. As a result, the nervous system can begin to fire spontaneously. This can result in both peripheral and central sensitization, thus contributing to the migraine sufferers overall level of vulnerability. The greater the vulnerability or lower the threshold, the more frequent the migraine attacks will occur.

A review of neuroimaging and electrophysiological studies demonstrate that migraine sufferers exhibit the following characteristics of sensory overwhelm: increased activation of trigeminocervical and brain structures; a lack of habituation to repeated stimuli, meaning that repeated stimuli have an effect on increasing the nervous system response; heightened sensitivity and attention to incoming stimuli and altered sensory experiences.9

We can also understand the sensory overwhelm and sensory modulation issues in migraine sufferers from the perspective of Butler and Moseley’s chronic pain paradigm. The experience of pain and specifically migraine pain is not just nociception (or tissue damage) it is an experience expression filtered through a person’s attitudes and beliefs, experience of suffering, pain escape behaviours and social environment. According to Butler and Moseley’s paradigm, the nervous system creates memories in order to organize our experiences. These memories are also known as neurosignatures or neurotags. A neurotag consists of the interconnection of various parts of the nervous system to produce an output. A neurotag is defined by its output. The experience of pain is one example of an output or neurotag. Action neurotags are those that exert an influence that extends beyond the brain and Modulation neurotags are those that exert an influence only within the brain.10

Migraine and the stress response

Migraine sufferers tend to have an increased baseline level of activation in their sympathetic nervous system, resulting in a looping of the stress response. The stress response increases activation of the pituitary and adrenal glands, resulting in increased cortisol production. This will increase the sympathetic nervous system activity and take the person into a protection/action response or fight/flight response. The result of sympathetic nervous system activation is an increase in blood flow to the skeletal muscles, increased blood flow to the heart and lungs and increased blood flow to the hindbrain (or reptilian brain, once this happens, automatic responses that are hardwired into this area of the brain (generally at an age less than 7) become activated and this becomes the filter by which we start to respond to the world. This may be more of an impulse to fight for our territory or this may be an impulse to freeze taking us into the more primitive parts of our vagal system.

Parasympathetic nervous system activity will decrease and all of the resultant attributes of this system such as rest, digest, connect. We begin to have a decrease in growth, a decrease in blood to the organs (resulting in issues such as gastrointestinal, inflammatory bowel type issues and the gastrointestinal issues and nausea issues often related to migraine attacks). There will also be a resultant decrease in immune function and therefore an increase in disease. There is a decrease in blood flow to the forebrain, limiting such functions as clarity of thought, higher level thinking, strategizing, connection. 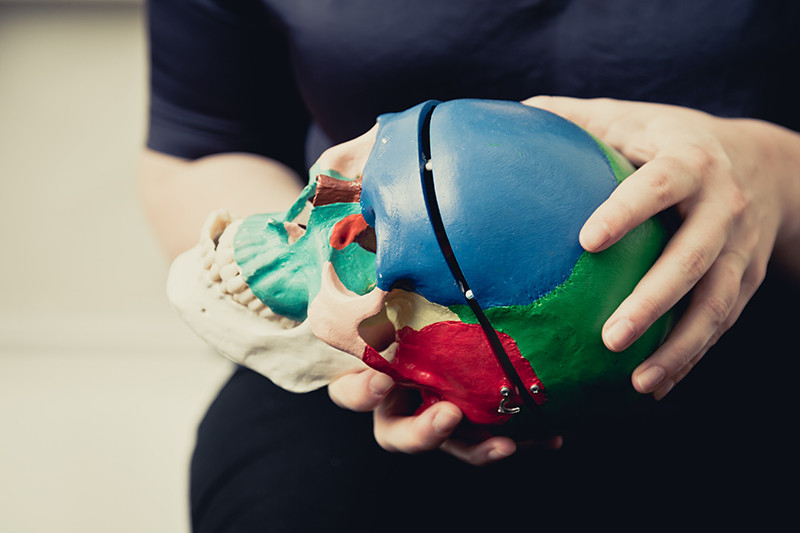 We can look at the myriad of techniques in CranioSacral therapy and get caught up in the release of this joint or the change in that piece of fascia. But better than anything else, CranioSacral Therapy turns down the sympathetic nervous system response. When the autonomic nervous system is well regulated, balanced and doesn’t require extra resources to maintain this, people make good choices that promote health and well-being.

One of the most important skills we have as a CranioSacral Therapist is our therapeutic presence. According to Geller and Porges “therapeutic presence involves therapists using their whole self to be both fully engaged and receptively attuned in the moment, with and for the client, to promote effective therapy.”11 The polyvagal theory, developed by Dr Stephen Porges centres around the idea that a sense of safety within the therapeutic relationship is mediated by neuroception. A neural process occurring at a non-conscious level that is continuously evaluating our environment for risk and danger. When a therapist is able to communicate safety through markers of social engagement such as facial expression, gestures and vocal prosody, defensive behaviours are able to be down-regulated. This allows the client to become empowered around their own fight/flight response and provides them with an opportunity to experience enough safety within their nervous system to be able to modulate sensory inputs effectively and appropriately and move into a parasympathetic state of social engagement.

Offering an experience of safety is also communicated by the CranioSacral Therapist through their touch. The receptive, blending and melding touch of CranioSacral Therapy offers the client yet another experience of safety. It offers an experience of being met and held just as they are in that moment. There is no direction to change or sense of the therapist knowing best. The most profound offering a therapist can make is the therapeutic resources comprised of the totality of their training, life experience and willingness to engage in a client-centred process.

Once the therapeutic presence and therapeutic touch are in place. The CranioSacral Therapist can offer the therapeutic gift of focus or paying attention. The therapist will do this through observation, listening and sensing through their hands. When we can learn to engage in an ongoing mindful therapeutic process, we invite the client to participate in this also. This gives the client an opportunity to experience their sensory world from a place where they are more able to effectively modulate sensory input and more effectively move into their social engagement system.

It is when these aspects of therapy are in place that we are able to effectively work with the structure and function. It is from this space that the “right” technique emerges. There is no recipe, no protocol to follow for migraine headache or any other condition for that matter. The most effective therapy we can offer is one where in any given moment we are able to hold both our extensive training and a willingness to learn simultaneously. We stay curious, open and willing to offer whatever resources we have to the wisdom of the client and their inner wisdom. The physiology will shift, nervous system regulation will become more graceful and the client will be on a path toward empowered wellness.